WOW!! Rapere transformed into a spooky-lit up- monster bash for Halloween complete with webs, bats, spiders, ghosts, Ghoulies, and Mr Munster. You did not disappoint in the dedication to the craft of being horrifically hospitable…..

The Lab was hung with webs to within an inch of capturing and smothering those of us who are taller, and the food was suitably scary. Fingers and eyeballs were served to the well-dressed (check out the photos) throng who then spent an evening dancing to the DJs chosen monster music.

Some of the costumes were really dedicated and imaginative– next time we must reinstate the idea of voting for the best one – and well done Trev for finding and bringing out  the great backdrop that was our photo background.

Mandy and Carley took a punt at trying something different with a Life drawing “taster”. After a brief time inside the group moved out into the beautiful Rapere grounds which seemed fitting for the class and the backdrop was stunning. It was warm, sunny, and everything that the weather forecast didn’t predict.

A big thank you to everyone who came along, was persuaded along, or just tagged along! It was brilliant to see people enjoying this drawing experience and giving it a go. A huge thanks as well to the models, Hans, Bob, Dave, Moana, Mandy and Andrew. Your patience with the “sketchy” time keeping (the sun was on the phone!)Was amazing and you all made it a very enjoyable and successful time.

Some of the completed drawings were put up inside with the artist permission – so take a look and give it a go next time! 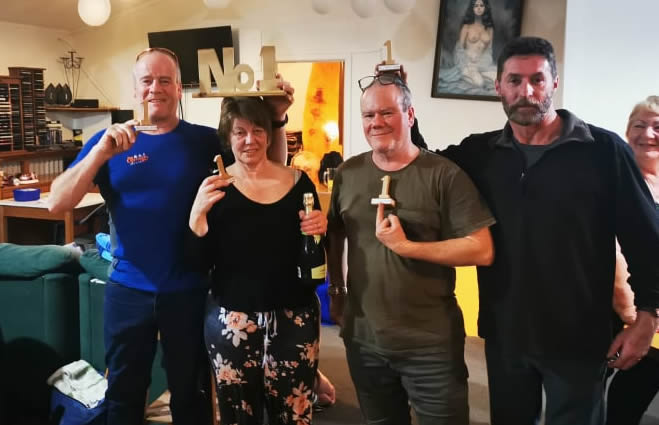 The inaugural HBNC quiz night held in August was a huge success with the participation of members and visitors.

We started with a great dinner – food feeds the brain it seems even if we did struggle to clear the decks after dessert in time to begin testing the brain!

Thanks to the visitors who came, doubtless expecting a slick professional operation, and lent their enthusiasm and brainpower to the impromptu comedy, mic failures, and a crowd that spared no one in their drive to win one of Trev’s special awards!

While the adjudicators stood up sternly to the heckling of the crowd (the judge’s decision is FINAL even when you google the contents of Elvis Presley’s sandwich), Mark strode boldly forth and turned out a very credible performance. It almost looked as if he knew what he was doing ….with a little prompting from the judges table.(“ No, no chocolate fish extra and speak up!”). The security hired especially for this event shone in his cryptic shirt which offered a cryptic clue to one of the flag questions. 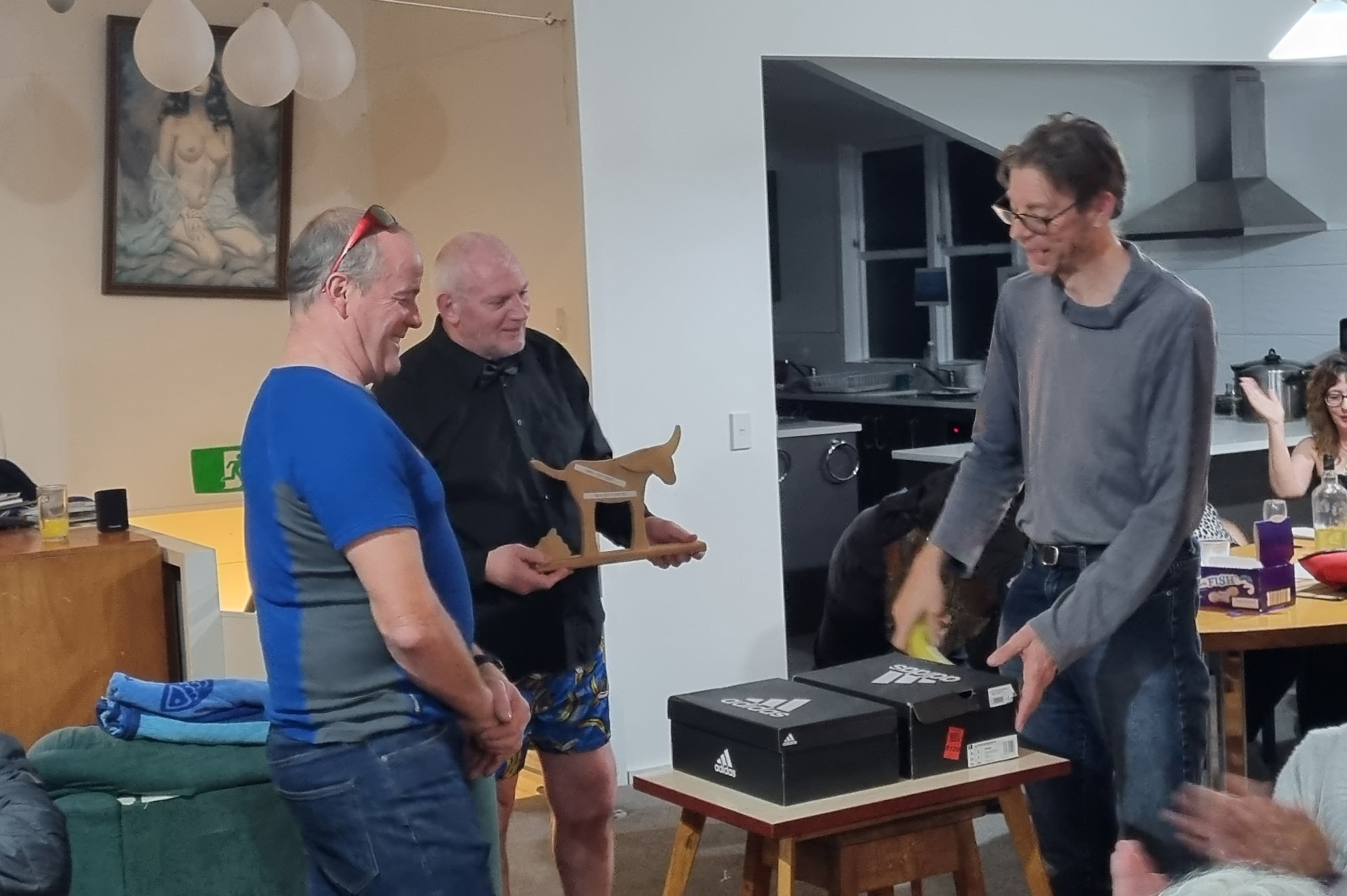 Trevor kept the crowd…mob…..entertained in the breaks with his brilliant version of “banana in my box” with the title of biggest bullshitter going to Jodi! Fancy the final being between the former and new president! ( hmmmmm) Thanks Trev as we needed that time on the judges table to collect ourselves after the mob became accustomed to the fact that creative answers would win a small treat – oh boy did they get creative!

The winning trophies went to “Einstein’s bastard children”, a well-deserved win to a strong (and loud) team.

Wow! Is all I can get out of our cook Trev. It was another great turn out, 50 plus bums on seats meant there wasn’t a lot of room to move in the old clubrooms, as everyone enjoyed a 3 course meal. Again, these dinners don’t happen without the support of our awesome club members and visitors they’ve invited to join us, and the team that gets stuck in every time in the kitchen prep and serving.

Anyway, while Trev was having a well earned break. I, Swampy, looked after the nights entertainment. I couldn’t get Selwyn Toogood or Tineke Bouchier.
So had to settle for “Seldom Good” and “Special Kay” as our “HOST” and “HOSTESS” [how these guys missed out on best dress couple? I just don’t know???] For “IT’S IN THE BAG”.

Enjoyed by 35 plus club members and visitors (it's always nice to have visitors here for our events, thank you for coming).
It was lovely to see our Guys dress up to the nines in their suits. It’s not often we get the chance to pull out, dust off,
wonder why our dress pants have shrunk??!... Our Girls were also looking beautiful in their cocktail dresses, very debonair.
The Sports Awards were presented by Nick, our club President, who did the 2020 presentation. One of our Visitors did half of 2021, thank you Raewyn. Then the 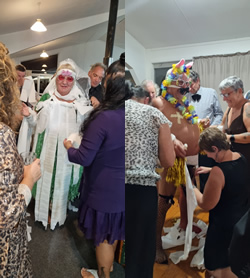 last half by Hans, so he could sneak around getting ready for the “entertainment”.
To The Night's entertainment.... This was supplied by Mark and Jose, both had No idea that they were... That’s what happens when you decide NOT to have a Stag/Hens night. Ya lucky, you
both got off lightly, we Still think Jose made the best looking Toilet paper Bride.... So stop protesting Mark, your wedding dress was nowhere as nice.